On April 14, 2016, leaders from across the meetings and events industry will come together to support the first Global Meetings Industry Day (GMID). Led by the advocacy coalition Meetings Mean Business (MMB), GMID will showcase the real impact that business meetings, conferences, conventions, incentive travel, trade shows and exhibitions have on people, business and communities. 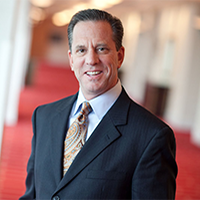 “GMID will unite the meetings industry in a way that has never been done before,” said David Peckinpaugh, MMB co-chair and president of Maritz Travel. “The growth and success of our industry are critical to the world’s economy and we look forward to communicating our value on the global stage.”

GMID marks the expansion of North American Meetings Industry Day (NAMID), held earlier this year in the United States, Canada, Mexico and parts of Latin America. NAMID included 88 events across the continent as well as robust conversations online and 3.2 million social media impressions. Proclamations of support were issued by the governor of Wisconsin and mayors of Toronto, Buffalo and Washington, DC. A NAMID billboard was featured all day in Times Square and Caesars Entertainment “Turned the Strip Blue” in Las Vegas with NAMID logos and signage. In Mexico, a collaboration agreement was signed between the federal government, the tourism board and all 11 Meetings Industry Associations.

In 2016, MMB will again join forces with the Convention Industry Council (CIC) and other industry partners to host advocacy events and rallies, issue proclamations and champion the value of the meetings and events industry on social media. 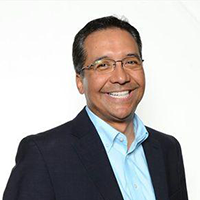 “By recruiting individuals and organizations from every corner of the globe, we’ll demonstrate the critical role our industry plays in building personal relationships, driving positive outcomes and supporting strong communities,” said Michael Dominguez, MMB co-chair and senior vice president of corporate sales at MGM Resorts International. “During NAMID, we saw three countries stand together with one loud and powerful voice advocating for our industry. Next year, we’ll do one better and bring together industry partners across the globe to stand with us.”

According to Karen Kotowski, CEO of Conventions Industry Council, the goals of GMID will be similar to not only to those of NAMID, but also the first Meetings Industry Day, launched by Meeting Professionals 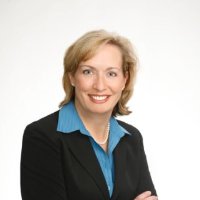 International more than twenty years ago. “Our core objectives will be to define and shape the meetings and events profession in the future, help raise the industry’s profile and discuss the economic impact of meetings with people outside the industry, who are impacted by it every day,” she said. “We’re eager to engage everyone in the meetings and events community – from the grasstops to the grassroots – to demonstrate our value and strength.”

Stuart Taylor, Canada Chapter Business Manager for Meeting Professionals International added, “GMID isn’t just about creating a series of industry events. It’s about elevating and empowering our community to raise awareness of our impact – economically, environmentally, socially and intellectually. I am thrilled to be involved in this effort.”