Selecting a city for your conference can be an agonizing experience. You have to think about venue availability and the strength of the airlift into the destination. Will the city be an added incentive for people to attend your conference? Is there a vibrant cultural, culinary and arts scene? Is the city diverse enough to appeal to a wide audience?

Few cities meet these qualifications. One that inevitably comes to mind for meeting planners and it will for conference attendees too, is San Francisco. Announcing San Francisco as your selected meeting location will have attendees smiling over visions of the Golden Gate Bridge and cable cars. Incredible dining, shopping, cultural attractions and natural beauty mean there's something to appeal to every type of attendee, and don’t forget nearby wine country. The city's allure, coupled with strong airlift into San Francisco International Airport and Oakland International Airport, allows San Francisco to draw record-breaking attendance even in challenging economic times.

The city has no shortage of venues and hotels at which to host a meeting, conference or event. It was challenging enough to just pick a handful of properties to feature in this post. Few cities offer as many choices and levels of accommodations as San Francisco.  For this post we focused on properties that could host a group of no less than 250 guests on peak night with no less than 10,000 square feet of function-space. We found no less than 36 properties that met the criteria. The San Francisco Travel Association’s website lists many of the hotels and venues within the city, and offers a great tool to search out venues for your event. See the bottom of this post for details.

As mentioned we found no less than 36 properties that met our search criteria. Here are a few of the hotels we liked. We encourage you to use the San Francisco Travel Association’s Meeting Planning Tool to find the venue ideal for your event.

Let’s start with the world-renowned Fairmont San Francisco. The hotel presents an awe-inspiring picture of historic San Francisco. The 591 luxurious rooms and suites have been updated with flat screen TVs, Frette linen ensembles, pillow top beds, and MP3 docking stations. The hotel features fine dining with three celebrated restaurants and lounges, as well as 55,000 square feet of spectacular function space. With a panoramic view of the City and the Bay from high atop Nob Hill, The Fairmont San Francisco Hotel presents an unmatched blend of luxurious accommodations, elegant meeting spaces and superb services, which make for an unforgettable event and stay. Additional information.

The Hilton San Francisco Union Square, the biggest property in town with 1,908 guest rooms, has completed a $53 million project that transformed 550 guest rooms and function space. The project, completed in June 2012, incorporates 21st century design features to reinforce the hotel’s positioning as one of the city’s premier hotel and conference venues. Major improvements designed to enhance the guest experience include the addition of a second window to improve views of the city as well as sound-proofing. The guest rooms also feature new furniture, soft goods, refrigerators and wired and wireless high-speed Internet service.

The hotel’s 20,000-square-foot Continental Ballroom and 31 of the additional meeting rooms, ranging in size from 430 to 1,090 square feet, have been expanded and updated with contemporary design features.  Those facilities, together with the hotel’s new 13,500 square-foot Golden Gate Ballroom, comprise a significant part of the 134,500 square feet of function space in the hotel. Additional information.

Located directly adjacent to the Moscone West Convention Center, the InterContinental San Francisco Hotel offers 550 non-smoking guest rooms, including 14 suites and a spectacular duplex Presidential Suite with unrivaled city skyline and San Francisco Bay views. The hotel has an intimate footprint with no more than 22 guest rooms per floor. Rooms are elegantly appointed with rich wood and marble, striking contemporary art, sleek, stylish furniture, and the latest high-tech amenities. All of this is enhanced by floor-to-ceiling windows through which spectacular city and bay views add to a wondrous experience in San Francisco.

The city’s only Mobil Five-Star and AAA Five Diamond Hotel is the 336 guest room Ritz-Carlton, San Francisco.  The hotel is just blocks from mainstay downtown landmarks like Union Square and Fisherman’s Wharf, but miles away from an ordinary hotel experience. The newly-remodeled property offers 23,000 square feet of meeting space over 14 event venues.

Parallel 37 restaurant, bar and lounge serves food and wine that celebrate the many cultural influences of the Bay Area. It features hand-crafted cocktails paired with bar bites, and has a Chef’s Table with exclusive view of the kitchen seating eight, and a Private Dining Room seating 20. Additional information.

We admit we have a soft spot for Kimpton Hotels. We love the overall experience and the design of their hotels and the chain’s Sir Francis Drake Hotel at Union Square does not disappoint. The hotel is equal parts regal, retro and relaxed contemporary style. Think ornate chandeliers, richly patterned fabrics and swirling staircases. The hotel balances Renaissance-influenced architectural splendor with the welcoming warmth you expect from Kimpton.

The hotel has 416 rooms and 18,000 square feet of function space. Their recent multi-million dollar renovation adds even more appeal with a vibrant refresh to public areas and guestrooms. And in the restyled guestrooms you'll find extra touches and the latest amenities such as flat-screen TVs, oversized mirrors and fabulous city views in select rooms. From the moment you arrive and are greeted by our smiling Beefeater doormen, you'll feel as though you're not just checking into a hotel, but experiencing San Francisco at its most authentic.

Located on the 21st floor, Harry Denton’s Starlight Room, San Francisco’s iconic lounge has reopened after a major remodel. The nightclub lounge has long been famed for its lush velvet décor, spectacular panoramic city views and high-spirited host, namesake Harry Denton. The redesign pays homage to the lounge’s storied past, while celebrating with a present-day décor. Additional information.

Located just off Interstate 80 and blocks from Union Square, the Moscone Center is about as central as it gets in San Francisco's seven-by-seven miles. The Center is located near an abundance of hotels, restaurants, museums, attractions and public transit options, and features more than 992,000 square feet of meeting and exhibit space, including 107 meeting rooms, three ballrooms and over 151,000 square feet of pre-function lobbies.  Additional information.

The unique look and feel of the recently redesigned W San Francisco's guestrooms, junior suites, meeting space and public areas was influenced by the culture of the city and a modern idea of East meets West. Redesign highlights include brighter guestrooms with comfy window seating, a fireplace in the lobby living room, a W Chill Lounge for meeting attendees and a fun and whimsical arcade game on the second floor.  The renovation also introduces the W’s new signature restaurant, Trace. The restaurant focuses on high-quality and sustainable cuisine meant to encapsulate the local personality of the Bay Area. Additional information.

Development plans for Treasure Island, a manmade island located just west of the mid-point of the San Francisco-Oakland Bay Bridge, include approximately 500 hotel rooms, up to 8,000 new residential units, a 400-slip marina, restaurants, retail and entertainment venues — plus nearly 300 acres of parks and public open space, including shoreline access and culture uses such as a museum. The development, slated to begin in 2013, will be clustered around a new ferry terminal and is designed to prioritize walking, biking and public transit. Already projected to be the most environmentally-sustainable large development project in U.S. history, the project was recently announced as one of 16 founding projects of the Clinton Climate Initiative's Climate Positive Development Program. Additional Information.

San Francisco is one of the easiest cities in the world to negotiate. Public Transportation options abound, including the world-famous cable cars. Find information on all options here.

Hotel and venue photographs courtesy of the respective venues.
All other pictures courtesy of San Francisco Travel Association. 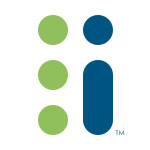